In this week’s parasha, Yaakov speaks to Yosef several times. The first time, he makes Yosef swear to bury him in מערת המכפלה. The second is to bless him and his children:

It’s important to realize that when Yaakov says ראה אלי בלוז, he’s not talking about the first time he has an encounter with G-d in Bet El:

But it’s the second time, when he’s returned from Lavan’s house and prepares to settle in the land. This is the point that Yaakov explicitly gets ברכת אברהם:

So why does Yaakov need to tell Yosef all this? It is because the ברכה that ה׳ gave him is not yet fulfilled:

And (at least according to Rashi; Ramban would disagree) what Yaakov is giving Yosef is not a double portion that belongs to the בכור; that rule remains in place:

The tribes of אפרים and מנשה do not get any extra land through this ברכה; what they are getting is status. They now count as independent שבטים:

Then Yaakov adds “ואני”—”as for me“, I buried Rachel on the way. What is that doing here? Rashi connects it to the previous conversation:

But then why mention it here? 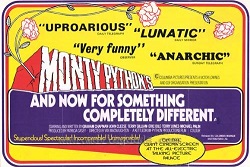 The Sfas Emes goes back to the pasuk that starts ועתה:

What does it mean, ועתה לשון תשובה?

So what was Yaakov’s מה שקלקל, that he has to do תשובה? Presumably, it was favoring Yosef that led to their current situation in Egypt:

So Yaakov is going to make things better by telling Yosef, “You are no longer one of the שבטים; you are one of the אבות”? That just compounds the problem!

Rav Hutner develops the idea that each of the אבות brought their own perspective and unique character to the development of בני ישראל, who they needed to be and how they would related to הקב״ה, but what was missing was the aspect of הבדלה: how to survive in the larger world without assimilating, how to avoid being diluted into nothing. We’ve talked before about Yaakov teaching Yosef תורת שם ועבר, the דרך ארץ that was קדמה לתורה, that was needed to relate to the non-Jewish world. Yaakov’s mistake was to separate Yosef from his brothers; his תשובה is to give Yosef the mission to impart his relationship with הקב״ה to all of כנסת ישראל. Yosef couldn’t be the “special brother”; he had to become the fourth “father” of them all.

And when Yaakov says “ואני”, I think he is saying his own role in this is to promote Rachel as well: שעל ידו של יוסף קרויים כל ישראל בניה של רחל. Yaakov’s job was to establish (בראשית לה:כ)‎ מצבת קברת רחל עד היום. It is רחל who is the אם of all כנסת ישראל, who allows us to survive גלות and eventually return home: