This shiur is based on a thought of mine that might not be really justified by the sources. I like it, though.

There are two questions: first, what kind of metaphor is a snake? That’s not a good thing in תנ״ך. Is Dan being criticized, like Reuven and Shimon and Levi? Then what does כאחד שבטי ישראל mean?

Secondly, what is the sudden interjection לישועתך קויתי ה׳ doing here? Yaakov is blessing his children, and has to start praying for himself, right now, in the middle?

This is all a prophecy about the Judge from Dan, Shimshon:

But that seems too limited for a vision of אחרית הימים. The other blessings are much broader, about the roles of each tribe when they settle in ארץ ישראל. And why would Yaakov need to pray specifically for Shimshon and not for any other event in the history of the Jewish people?

There are four camps of בני ישראל; three are headed by the children of Rachel and Leah. The last is headed by the eldest of the בני השפחות, Dan. And there is a hint that this blessing refers to Dan’s role as a leader, since his flag took its symbol from this blessing:

Ibn Ezra however says something incomprehensible:

He has a source that says the symbol of Dan was not a נחש but a נשר (poetically translated as “eagle” but literally means “griffon vulture”): 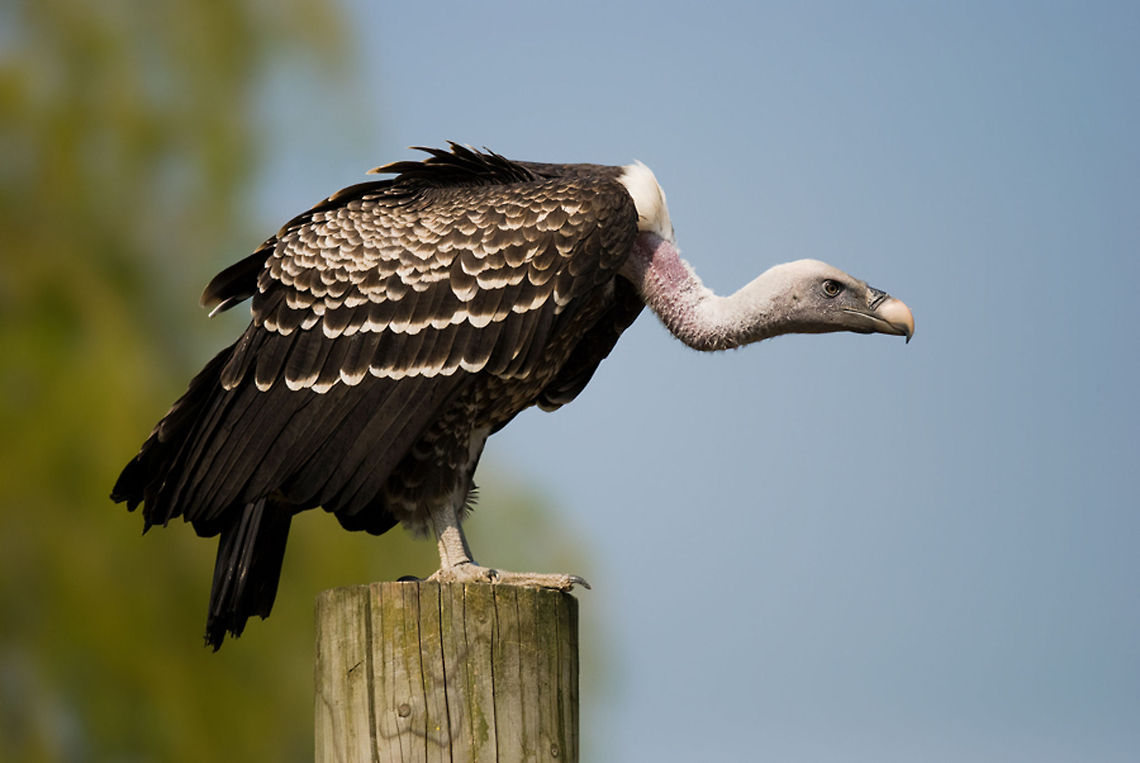 We’ve talked about the דודאים being plants in צורת אדם in the past. I would propose the same solution here: these are stylized pictures; there is a prohibition of acutal images:

The image on Dan’s flag could be seen as the head and neck of the vulture or as the body of a serpent. But why? Where do these animals come from?

I would say that the כרובים of Yechezkel’s vision represented the camp of Israel. We are the ones who “carry” the כבוד ה׳ in the world.

But there’s a problem: Ibn Ezra says Dan’s symbol was a נשר, but the text of the midrash we have says the symbol was a נחש. And Ibn Ezra himself says that here, in the blessings, Yaakov saw a snake:

I think this blessing is a vision of what Dan represents. Yaakov was frightened by the vision of a serpent and prayed לישועתך קויתי ה׳, not because he was scared of the snake, but because it was wrong. Dan should be represented by a נשר, the highest of animals, not the נחש, the lowest. He’s had this kind of vision before:

What did Yaakov see that scared him so much?

He started as the smallest tribe, with just one son:

Which was important in the appointment of his descendant as a builder of the משכן:

But at the time of יציאת מצרים Dan was the largest tribe, with 62,000 members. But they were still the last in line:

But they used their status as the last for a positive purpose:

I think the emphasis is that we are not determined by our past. We get to determine if we are נשר or נחש.

Unfortunately, Dan would later get it all wrong:

And so Rashi is not wrong; Yaakov’s blessing to Dan is about Shimshon, since Shimson is the epitome of that. He is born with the potential for greatness, throws it all away, then comes back to redeem himself and he was the one about it was said, והוא יחל להושיע את ישראל מיד פלשתים.

לישועתך קויתי ה׳ is Yaakov’s prayer for Dan and for all of us; who we become is not determined by who we were.